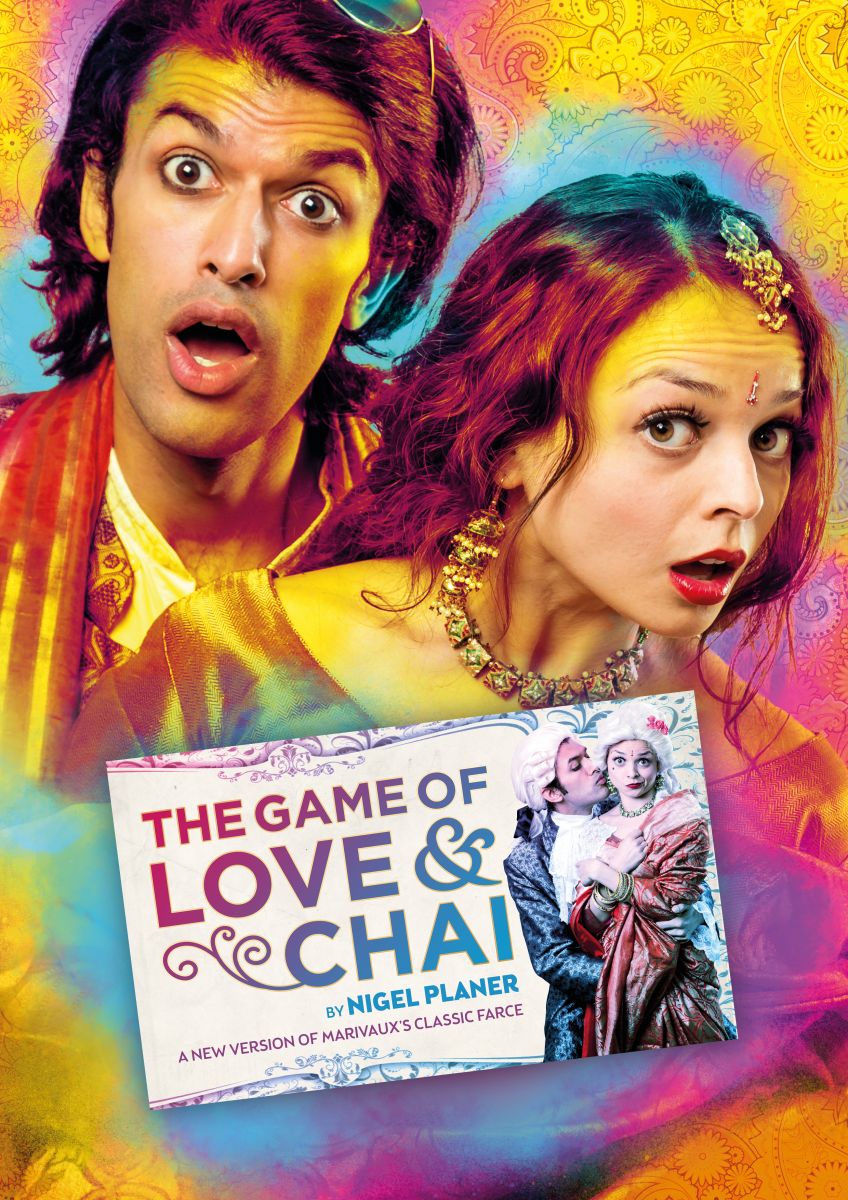 or When Rani met Raj

a new version of Marivaux’s classic farce by Nigel Planer.

Kamala wants her daughter Rani to marry successful but emotionally awkward businessman Raj. Rani bristles at going down the conventional route and arranges a test for Raj. She convinces her cousin Sita to swap places and pretend to be the suitable bride – unaware that Raj has come up with the same scheme with his driver, Nitin!

Featuring a cast of 6, The Game of Love and Chai opens at Tara Theatre 21st February 2018 for 4 weeks, before a 6-week national tour.

Directed by Jatinder Verma and Designed by Claudia Mayer

Marivaux, along with Goldsmith and Sheridan, was one of the first Western playwrights to be produced in India in the late-18th C. This new production forms part of Tara Arts Binglish project, exploring the theatrical connections between India and the West, supported by the HLF